The dangers of Sepsis 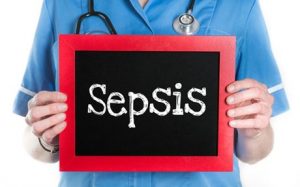 There has been quite a lot of media coverage of people being affected by Sepsis since the tragic death of three year old Sam Morrish in 2010 and one year old William Mead in 2014.

Sepsis can happen to anyone, at any age, from any background. The NHS estimated that in 2014 123,000 in the UK suffered from Sepsis and approximately 60,000 people died as a result of sepsis. It is estimated that sepsis kills more people than bowel cancer, breast cancer and prostate cancer combined!

Sepsis happens when the body’s immune system – the way the body responds to bugs and germs – goes into overdrive. The initial problem can be quite mild and start anywhere – from a cut on the finger to a chest or urine infection, for example. But when the immune system overreacts this can lead to an unintended but catastrophic attack on the body. If left untreated this sets off a cascade of reactions – from shock to organ failure and even death.

Alisha Butler-Ward of Burd Ward Solicitors is currently dealing with 5 cases of sepsis whereby the failure to diagnose and/or treat the condition in time has resulted in some catastrophic injuries such as a 3yr old boy who had to undergo a double amputation of his legs up to his buttocks, and a father of two who was not treated in time which resulted in the amputation of his arm and total blindness.

What to look out for

So how do you spot signs of Sepsis, the UK Sepsis Trust has compiled a list of the six most common signs include: 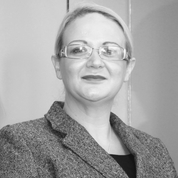 If you or someone you know has suffered from sepsis and think that your GP or Hospital may have failed to recognise the signs and/or failed to treat sepsis in time then please do not hesitate to contact Alisha Butler-Ward for a free no obligation discussion about your options.

You can contact Alisha Butler-Ward on our special Freephone number 0800 0190 324 or by email on abw@burdward.co.uk