Martyn Green appointed as a director of Burd Ward Solicitors 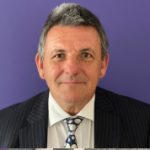 Burd Ward Solicitors are happy to announce that Martyn Green has been appointed a Director of the firm from May 2022.

Martyn qualified as a solicitor in 1986. After qualification, Martyn spent 2 years as an assistant solicitor in a 5 partner firm in Widnes doing various litigation including crime, matrimonial as well as general civil litigation. He then joined Cheryl Lewis & Co and becoming a partner in 1990.

Martyn joined Burd Ward in 2019 and deals with a range of work including employment law, housing and various other litigious matters. 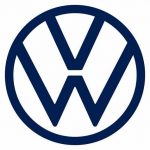 The Volkswagen Group and the claimants have today reached an out of court settlement in the Volkswagen NOx Emissions Group Litigation. That group action concerns claims, which first became public in September 2015, made in respect of the two mode software installed in certain Volkswagen Group vehicles with EA189 diesel engines.

The terms and conditions of the settlement are confidential.

No admissions in respect of liability, causation or loss have been made by any of the defendants in the group action as part of the settlement. In Volkswagen’s view, the legal costs of litigating this case to a six-month trial in England, and then in relation to any further appeals by either party, were such that settlement was the most prudent course of action commercially.

The agreed settlement resolves the circa 91,000 claims that were being brought against various Volkswagen Group and dealer entities in that group action in England & Wales. These claims were brought on behalf of consumers by the law firms Slater and Gordon, Leigh Day and PGMBM, who were the Court appointed Steering Committee representing all of the Claimants in the conduct of the litigation. Slater and Gordon and Leigh Day were appointed the co-Lead Solicitors.

The Volkswagen Group is not participating in the distribution or allocation of the above sums, which will be allocated between the claimants in proportions agreed amongst the various claimant solicitorsâ€™ firms and those from whom they take instructions.

The Volkswagen Group would, once again, like to take this opportunity to sincerely apologise to their customers for the two mode software installed in the EA189 vehicles. The Volkswagen Group will continue to work to rebuild the trust of their customers here in England & Wales. This settlement represents an important further stage in that process.

“The Volkswagen Group is pleased that we have been able to conclude this long running litigation in England & Wales. The settlement is another important milestone as the Volkswagen Group continues to move beyond the deeply regrettable events leading up to September 2015.”

“We are pleased that Volkswagen has repeated its sincere apology for the use of the prohibited two mode software. We are delighted that this case has finally been settled for our clients and the claimants in the NOx emissions litigation. We have been unwavering in our belief in our clients’ case, that is why we have fought long and hard for this outcome. We are clear that it was in the interest of our clients to settle this early.”

“At Slater and Gordon, we are passionate about securing the best possible outcome for our customers, and I am immensely proud of this result. Over the last 5 years, Slater and Gordon have rightly dedicated a significant and unwavering commitment to this case, providing an expert voice to around 70,000 claimants. The settlement avoids the need for a lengthy, complex and expensive trial process and we are delighted to have achieved this settlement for our customers as a result of the group action.”

Tony Winterburn, a Partner and Head of Consumer Protection Litigation at PGMBM, who acted on behalf of more than 15,000 Claimants in the Litigation, commented:

“This is a good day for the Claimants and is the culmination of 5 years of hard-fought litigation.”

The settlement applies only to claims in the Volkswagen NOx Emissions Group Litigation. It has no bearing on any other claims relating to other engines in England & Wales or any other jurisdiction.