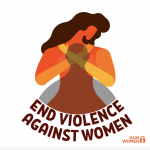 The murders of Sarah Everard, and Sabina Nessa in 2021, and the storm of media coverage and online conversation surrounding them. have once again brought the issue of male violence against women to light in heart-breaking fashion. Although these cases have quite rightly gained media and sparked a wave of protest, discussion and debate about the issue, it is certainly not a new phenomenon. This is particularly true for those engaged in representing parties in the family courts on a daily basis.

The World Health Organization reports that globally, a staggering 1 in 3 women are subjected to violence from, most commonly from an intimate partner. Recent reports into police handling of violence against women and girls concluded that there is currently an â€˜epidemicâ€™ of such crimes.

Further statistics make for grim reading. The Crime Survey for England and Wales for the year ending March 2020 identified the following:

Alongside the enduring fact that women continue to face unacceptable risk of physical and sexual violence, there is also a growing understanding of what constitutes controlling or coercive behaviour. This is reflected in the development that such behaviour has been a criminal offence since 2015. Data shows that the victims of this behaviour are far more likely to be women, and the perpetrators likely to be men.

Many people struggle to define what coercive control in a relationship looks like, as it is far less easy to identify than signs of physical violence. It can include (amongst other signs) threats, deliberate humiliation, and attempts to isolate the victim from friends and family.

Work in family law has seen an increased focus on the effects of coercive control, which was recently highlighted in a significant judgement from the Court of Appeal in March of this year. Those working to represent clients in family law proceedings will need a full and clear understanding of what coercive control looks like, in order to best advise their clients on the best way forward.

The reality is that society has a long way to go before meaningful change for women and girls is seen. An author of a recent review of police responses to violence against women has recommended a â€˜radical change of approach across the whole system, which is unlikely to happen overnightâ€™ However, there are practical steps that can be taken.

If you believe that you or someone you know is a potential victim of any of the behaviour set out above, you should first consider whether to involve the police, particularly if there is a risk of immediate harm.

A member of the team at Burd Ward can assist you in obtaining a non-molestation order, preventing the perpetrator from contacting you or coming near your address. Legal Aid is available for these applications, and a member of our team will be happy to advise you on your eligibility. 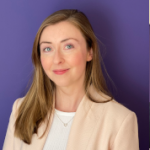 Laura Prysor-Jones, a member The Family Law Team at Burd Ward has established links with support services for victims of domestic abuse across Wirral. She is trusted by these groups to provide a sensitive and considerate service to our clients. You can reach out to us on 0151 639 8273 or contact her at lpj@burdward.co.uk for more information.