Government Announces No-Fault Divorce to be implemented by April 2022 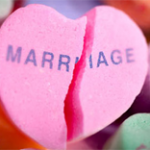 A long-awaited change to the law governing divorce and dissolution of civil partnerships in England and Wales will at last come into force on 6th April 2022, ministers have announced today. The Divorce, Dissolution and Separation Act received royal assent on 25 June 2020 and became law but has yet to be fully implemented by the Government. The Act will introduce a number of reforms to current divorce law, most notably allowing for a â€˜no-faultâ€™ divorce. In practice, this will remove the need for a party applying for a divorce to rely on the conduct of the other person under one of a number of grounds in order to show that the marriage has broken down. Once implemented, the reforms will allow for any party seeking a divorce to simply file a statement confirming that the marriage has irretrievably broken down. The other party in the marriage will not be able to contest the divorce once this statement is filed.

It is hoped that once these reforms are implemented, the divorce process will become quicker, simpler, and less immediately stressful for separating couples. The changes have long been campaigned for by family practitioners, as it is hoped that by removing the need to show fault on the part of the other party, both individuals can instead choose to focus on the important issues that come with the end of a marriage. In most circumstances, the issues of finances and arrangements for the children of the marriage will be at the forefront of peopleâ€™s minds. By removing one layer of conflict from the situation, these reforms will hopefully allow for divorcing couples to be better placed to negotiate where appropriate and come to a swifter resolution for the benefit of both themselves and their children.

These reforms are the biggest shake-up of the divorce procedure in decades, and the delay in implementation has been caused part by the need to make sweeping changes to court forms, application processes and guidelines for family lawyers. However, the Government have now committed to an implementation date of April 6th 2021. Before then, couples wishing to divorce will need to continue to apply under the current law and procedure.

If you are looking for any further information or specific advice in respect of a divorce, the specialist family law team at Burd Ward are here to help. We offer advice in respect of all elements of family law ranging from divorce and finances to arrangements for children. For all new enquiries, please contact 0151 639 8273 or email info@burdward.co.uk