Insurance premiums and changes to whiplash 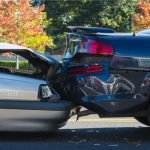 Nearly every week on the television there are programmes about â€œcrash for cashâ€ and bogus personal injury claims. We have all seen them and we all get equally infuriated with the few people in them that have the gall to falsify claims pushing up insurance costs. Then there are the â€œcold callersâ€ pushing you to make a claim for an accident 2-3 years ago, when you didnâ€™t even suffer an injury. We all get these calls. What you may not know is that Solicitors DO NOT make these calls. We cannot make these calls as we are banned from doing so, and quite rightly so. If you are a good reputable firm then you would not need to do it, or take claims from those who do. It is the â€œclaims management companiesâ€ who buy your information, some allege from the insurance companies, who are calling you.

It is this increase in nuisance calls and the ever increasing cost of insurance that has led to these television programmes being made, but is it all as they would have you think or are we being fed information that is not completely true?

For almost 3 years the insurance companies have been lobbying the Government to crack down on Personal Injury claims and more recently to do away with Whiplash Claims altogether so people cannot claim at all for whiplash which lasts 9 months or less. The Government are also talking about raising the Small Claims limit to Â£5,000 meaning that if you are injured and your claim is worth under Â£5,000 then you are unlikely to find many Solicitors who will deal with your claim, because they will not get paid. You could fracture your ankle or wrist and be off work for 6-9 weeks and this could still be valued at under Â£5,000, and so would be a small claim. But to you it could be life changing! What if you donâ€™t get sick pay at work, you cannot afford to pay your rent/Mortgage or bills, or buy food! You could lose your home! Not only that but you would have to fight against the insurers for suitable Compensation for your injuries, a bit like David taking on Goliath.

So what have the insurers been promising in return? Well since 2013, when the Government cut Solicitors fees for dealing with Whiplash claims, under Â£25,000 to fixed fees of Â£800 and then again to Â£500, the Insurers have promised to pass on the savings to the consumers, approximately Â£40 per person, per policy.

Not many people, if any, have seen this drop in policy prices since 2013. But in the Autumn statement last week Phillip Hammond said that the standard rate of insurance premium tax will rise from 10% to 12% from June 2017! This will be double what it was last year and so if anything premiums will only go up and you certainly will not see this elusive saving of Â£40 to your premiums!

What the insurers fail to tell the â€œJoe Publicâ€ is that they have made an extra Â£200 million since the government introduced the cuts to Solicitors costs in personal injury, yet they havenâ€™t, as they promised they would, passed this onto the public they have instead made huge profits.

Yes there have been people making false or exaggerated claims, and this must be stopped. But should we really use a sledgehammer to crack a nut? Should we really be banning ALL whiplash claims where people are not injured for over 9mths? Should we really be taking away peopleâ€™s right to Justice in circumstances where they are genuinely injured and leaving the decision to the Insurance Companies.

On a personal level, I am disappointed that the Government has not learnt over the last 3 years that despite what the insurers offer in terms of reducing premiums for the public they have still not put passed these costs onto their customers and that would indicate to me that they are not and will not hold up their end of the bargain and people will be left high and dry at a time when they need help the most, when they are genuinely injured.

Wirral charity raises more than Â£1,000 to help causes across the borough 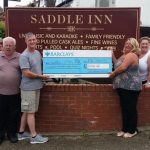 A Wirral charity has raised more than Â£1,000 to help support local projects and organisations throughout the borough.

The Wirral Copper Jar hosted an event last week, which saw a wall in a local pub filled with coppers demolished with the coins added up and donated to local causes.

The event was held at the Saddle Inn, Wallasey with a representive from Burd Ward solictors knocking down the wall.

The charity operates directly through their Facebook page with local people within the group nominate local charities they wish to support.