Victims of domestic violence, elderly, disabled and vulnerable persons will be left at risk of being made homeless

According to a press release issued on the website of the National Housing Association on 26th January 2016 older people, disabled people and the most vulnerable could be left in a position of being unable to pay their rent due to planned changes for housing benefit, which were confirmed by the Chancellor in November 2015.

The changes could result in many schemes such as women’s refuges, specialist dementia accommodation and veterans’ services being closed. The National Housing Federation, in conjunction with Age UK, Mencap and Women’s Aid have called upon the Government to confirm that the new benefit cap will only apply to people that do not need the extra support.

More than 50,000 households could be affected over the course of just one year, losing an average of £68.00 per week each.

“Women’s Aid has been working alongside the Government to ensure the national network of specialist women’s domestic abuse refuges is on a financially sustainable footing, so that the women and children fleeing violence in the home always have somewhere safe to go. An estimated 12,000 women will stay in refuge every year, more often that not, with their children. Uncertainty about the future of housing benefit payments is already directly impacting on services, plans for the future and a risk to the future of refuge provision is a risk to women and children’s lives. We are urging Government to make clear their intentions to exempt domestic violence refuges from these regulations as a matter of urgency.”

“The courts are already clogged up with possession claims and evictions involving Social Landlords and Social Tenants, many of which are due to previous Government reforms on housing benefit culminating in under occupancy charges (“the bedroom tax”) being applied. Many social tenants, vulnerable or not, are unable to meet the shortfall. The new changes will only serve to increase the strain on the courts and the Legal Aid system which is currently in place to help with the funding of such hearings. It seems likely that the changes will result in less income for Social Landlords, more court proceedings being issued and more reliance upon the Legal Aid Agency for payment to assist with the court hearings. It would, in my opinion, appear to be self defeating.” 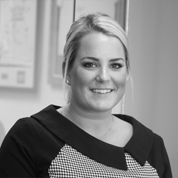 The breakdown of a relationship is always difficult. With the mixture of emotions it often makes it hard to have constructive discussions with your former partner about the things that matter most, such as arrangements for your children or the family finances.

Many people look to legal advice at this time to steer them in the right direction, but there is another way. Many of us find it difficult to discuss emotive issues such as arrangements for our children or financial concerns.

Family mediation is a positive way to resolve issues arising from relationship breakdown by utilising the skills of a trained third party to help guide you through.

The mediator is there to offer help to both people equally by helping to guide you through those tricky
discussions without taking sides.

Victoria Syvret (pictured) is a resolution trained mediator who is specially accredited by the Family
Mediation Council and offers her mediation services at Burd Ward Solicitors.

She said: “I am passionate about the benefits of mediation for separating couples. Mediation allows separating couples, whether married or not, to retain control of their own family’s arrangements, providing them with an environment where they can discuss the issues relevant to them freely.

“As a family lawyer as well as a mediator I can draw on my experience in family law matters to help steer them through those tricky discussions and offer them options they may not have thought about to work through their ideas for a solution.”

Family mediation is a positive way to resolve issues arising from relationship breakdown. The kind of issues you might need to discuss includes:

The mediator does not make any decisions for you, but works along with you both to tackle the issues closest to your heart in a constructive and timely manner.

Mediation is one of the few areas in which legal aid is still available. If one party is eligible for legal aid the other will also receive their initial appointment and first joint meeting for free.

For more information about mediation at Burd Ward, please contact Victoria Syvret today on 0151 639 8273 or vs@burdward.co.uk

UK Car Discount’s website has reported that the recently disgraced VW group has admitted to manipulating Co2 and Mpg figures in over 800,000 cars. The most recent update came just a short while ago when they announced that 430,000 2016 model year VW cars have been affected. This is worrying to those who have recently bought or are waiting for the latest model, though no more cars leaving the factory will have these problems or manipulations – you should check out the list at to see if your car is affected.

The VW Group has released details of multiple online portals that will tell you whether your car is affected and detail the severity of the problem. These online portals are expected to be open for customers in the next few days.

If you are still considering whether or not you should make a claim then please get in touch for no obligation free advice.